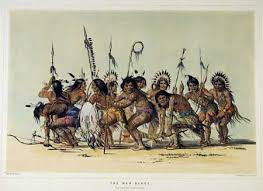 DS Najib PM of Malaysia. He is also UMNO President, BN Chairman. Prince Najib starts showing war dances. He is indeed a Pahang prince. Genetically Najib is the 19th descendent of Gowa Bugis monarch from Southern Celebes (Sulawesi).
To borrow term from Machiavelli "a prince" is a proper professional title to describe the ruler politician. Pakatan Rakyat leaders should observe Najib's war dances. The Bugis warrior is manueuvering some steps to show his strategy of war.
The cabinet will hold its weekly meeting tomorrow in Kuantan, the capital of PM DS Najib Razak’s home state Pahang in what is seen as the start of his nationwide tour before calling for a general election. Kuantan will be the first among many major towns that cabinet ministers will visit in a nationwide tour.
Ministers will be making pit stops in Bentong, Mentakab and Kuantan to meet with grassroots leaders from the BN.Part of the agenda is to solidify and strengthen the machinery in Najib’s state in preparation for the general election.
During the recent Umno general assembly, Najib announced that he and his deputy, TS Muhyiddin Yassin, will embark on a nationwide tour to meet with party members.
Last Sunday, Najib had a closed-door meeting with Sarawak BN state lawmakers in Miri to discuss the state election planned for this year. Najib had also met with BN members of parliament earlier in January to gather feedback on holding snap polls.
This coming Saturday Najib will meets all 191 UMNO Chief Divisions to get feedbacks and solving issues. Political analysts are expecting that the state election will be held simultaneously with the 13th general election.
The federal government is considering holding snap polls only in the fourth quarter of this year to allow big-ticket economic projects to gain traction, delaying earlier plans to seek a fresh mandate in the first half of 2011.
Najib has already placed BN on an election footing, with most component parties — including Umno — putting off party polls next year to concentrate on the expected snap polls.
BN won only 140 federal seats in Election 2008, eight short of a two-thirds majority after opposition parties DAP, PAS and PKR captured 82 parliamentary seats and four more states. But it lost two MPS when the Sabah Progressive Party (SAPP) pulled out of the ruling coalition.
However, the three opposition parties who later formed Pakatan Rakyat lost six MPs when they walked out of PKR, the linchpin of the opposition pact.
From the Election Commission latest figure:
Najib's war dance is trying to capture and reach 11.5 million votes with 1Malaysia mission to consolidate and unite all Malaysians. From 222 parliament seats, Najib must determine to get if possible 2/3rd majority. As usual the Pahang prince is set and serious to do so.
at February 09, 2011

Information with rational analysis and litlle fact is called " Speculation".

Information with full of imagination is call a " Pemungkor".

You are " pemungkor". Please stopped it, and concentrate on teaching you student, that is you core bussiness.