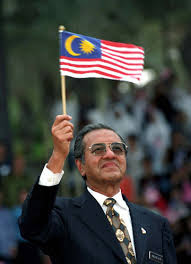 Singaporean here, in response to raffid, LKY's policies are also very much criticized lol, the problem with these leaders is that they need to listen to the voices of the people, that's why we elected them to power. They're ruling like ignorant selfish kings in their ivory towers, hence bit by bit we smash their towers down with the power of social media.