Marcos, Suharto, Hosni Mubarak. Are they the same phenomenons? 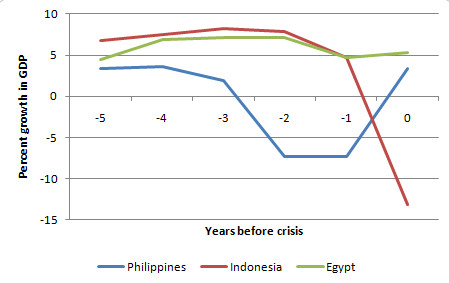 1. Yes, Malaysia records a 6% economic growth. Sensibly we should be happy in view of the world-wide economic crisis. However, does this growth being felt by the Malaysian majority or it is just being circulated within the confine of few? Despite the growth, the economic divide is getting wider and it is going to be wider and wider.

2. Two nights ago, I was watching TV about the happenings in Egypt. A network correspondent asked his guest on the root cause(s) of this uprising. The guest said "Tunisia, Egypt and Jordan share ONE common denominator; powerful and ambitious bedfellows of the frontal Presidents or King". The interview then abruptly went into blank mode. Can any watchful eyes share whether this observation is budding up in our beloved Malaysia?