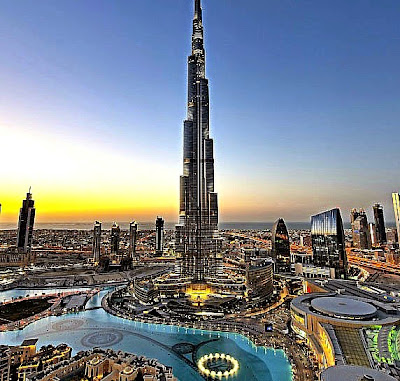 The Arab world appears in the midst of massive changes as disenfranchised citizens in several Middle Eastern, North African and Islamic countries push for more democracy and economic opportunity.

Aid from Arab multilateral, bilateral and non-governmental institutions will be crucial to rebuilding and fostering a more progressive Islamic union.

Despite the region’s own development challenges, Arab aid institutions have been operating for more than four decades now, funding development programs in and outside the Arab world. Africa, Asia and other parts of the world have benefited from the development aid.

Saudi Arabia, Kuwait and the United Arab Emirates are the only Arab states with dedicated aid agencies and are the three largest bilateral donors in the region.

Saudi Arabia: The Saudi Fund for Development was established in 1974, providing concessional loans to developing countries. Since 1999, the Fund has also promoted Saudi non-crude oil exports via export credits (Shushan and Marcoux 2010). In 2009, Saudi Arabia’s aid disbursements (bilateral and multilateral combined) totalled USD 3133.74 million (OECD/DAC Statistics). Additional aid resources are channelled through the ruling family and Ministry of Finance. These flows may be higher than those from the Saudi Fund, although little is known about them (Villanger 2007: 8).

Kuwait was the first Arab state to establish an aid department, with the Kuwait Fund for Arab Economic Development set up in 1961. It initially concentrated on Arab states, but diversified its recipients in the mid-1970s, offering concessional loans to highly indebted countries (Shushan and Marcoux 2010). In 2009 its multilateral and bilateral aid disbursements amounted to USD 221.12 million (OECD/DAC Statistics).

Arab Fund for Economic and Social Development: Established in 1974, the Fund provides assistance to Arab states to improve regional development and integration (Shushan and Marcoux 2010). Kuwait and Saudi Arabia are the largest donors to the Fund, which provides 30 % of total multilateral Arab assistance (Villanger 2007).

Arab Bank for Economic Development in Africa: Set up in 1975, the Arab Bank is the only multilateral Arab institution focusing on assistance to non-Arab African countries (Shushan and Marcoux 2010).

OPEC Fund for International Development: OPEC established a special fund in 1976 to disburse aid following increasing oil prices. This evolved into the OPEC Fund, promoting South-South cooperation in low-income countries. Half of the Fund’s members are Arab states, together providing 65 % of the Fund’s finances (Sushan and Marcoux 2010).

Here are some of the more prominent bilateral and non-governmental organizations in the region, as well as their origins and objectives.

ADFD, established in 1971 by the United Arab Emirates, aims to provide assistance to developing countries, principally in the form of concessional loans for projects. Since its foundation, the fund has provided almost $3.54 billion to 207 projects in 53 countries. It has also supervised the management of loans and grants offered by the UAE.

The foundation supports organizations with development and humanitarian projects and has provided grants and donations in more than 60 countries, totaling more than $2.4 billion over the last 30 years.

The Arab Science and Technology Foundation, established in 2000, aims to identify and support outstanding scientific research activities being conducted by scientists from the Arab world. It provides grants for projects such as water desalination by solar energy and the Iraq Research and Development Initiative to contribute to the reconstruction of Iraq.

Established in 2001, Gulf for Good operates under the patronage of Sheikh Ahmed bin Saeed al Maktoum. It focuses on child-related projects such as building and providing equipment and supplies to schools and hospitals, as well as refurbishing orphanages. The countries covered by these projects are Nepal, Tanzania, Kenya, Oman, Jordan, Sri Lanka, Borneo, Egypt, Cambodia and India.

International Humanitarian City, created by the United Arab Emirates, is a global humanitarian aid hub aiming to provide facilities and services to all international aid actors. In 2009, International Humanitarian City reported contributions of 14.3 million dirhams ($3.9 million), all of which were on a multilateral basis. Contributions were primarily in the form of services provided to international organizations and NGOs, including the World Food Program, UNICEF, U.N. Refugee Agency and World Health Organization. All make use of the organization’s warehouses, offices and its logistical support.

The foundation, established in 2007, has funded projects in more than 35 countries across Europe, Asia, Africa and Oceania. In 2009, the foundation made grants of 185.7 million dirhams ($50.6 million). It supports a range of programs including health, water and sanitation, social infrastructure and other humanitarian projects.

The Kuwait Fund, the first development assistance fund to be set up by a developing country, was established in 1961 by the state of Kuwait. It was designed to assist Arab countries but its mandate was broadened in 1974 to include all developing countries. The fund’s operations are focused primarily on the sectors of agriculture and irrigation, transport and energy, communications, water and sewage.

The fund extends loans, guarantees and grants, and provides technical assistance to provincial governments, international and regional development institutions, and corporate entities that undertake projects jointly owned by a number of developing countries. It participates in the capital of development institutions and manages grants extended by Kuwait to developing countries.

Reach Out to Asia

Reach Out to Asia, formed in 1995 under the umbrella organization Qatar Foundation, operates in Cambodia, Indonesia, Afghanistan, Pakistan, Nepal, Bangladesh, the Palestinian territories, Iraq and Lebanon. Its main focus is improving the quality of education and health care in Asian countries. It builds or adopts schools, promotes female education and provides vocational training.

Established in 1974 by the Saudi government, this fund ranks as the top Gulf and Arab donor, accounting for almost two-thirds of total Arab aid. The Saudi Fund has no geographical exclusion and it deals directly with governments in the developing world to finance projects. The fund has contributed financing to 3,750 projects in 71 countries, consisting of 41 African countries, 25 Asian countries, and five countries in other parts of the world. It also administers loans and grants extended by the Saudi government to developing countries.

Silatech was established in 2008 through the support of regional and international organizations and leaders such as the emir of Qatar, the chief executive of Cisco, Wolfensohn Center for Development at Brookings, Gallup, Dubai School of Government, World Bank, and International Labor Organization. The organizations aims to address the critical and growing need to create jobs and economic opportunities for young people. It promotes large-scale job creation, entrepreneurship, and access to capital and markets for young people, starting in the Arab world.

The UAE Red Crescent is the UAE’s main relief and aid agency. Besides humanitarian assistance, it implements developmental and reconstruction projects. The areas covered by these projects are: Palestinian territories, Yemen, Pakistan, Sudan, Syria, Lebanon, Sri Lanka, Afghanistan and Maldives.

The Zayed Foundation, established in 1992, provides humanitarian assistance and grants for developmental projects. The foundation gave grants totaling 47.9 million dirhams ($13.0 million) in 2009 in support of at least 22 countries worldwide. More than half of the funds were directed to Africa, where they benefited a range of sectors, most notably education, water and sanitation, and social infrastructure and services.
at August 04, 2015