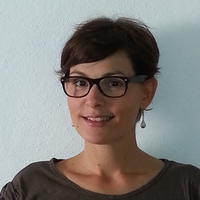 Sophie Lemière is a political anthropologist at the European University Institute in Italy. She holds a PhD and a Masters in Political Sciences from Sciences-Po (France) and is on a comparative journey between Malaysia and Tunisia where she continues to do fieldwork. She is the editor of Misplaced Democracy: Malaysian Politics and People.

In the wake of a brawl in Kuala Lumpur’s Low Yat Plaza, Sophie Lemière looks at how youth, prejudice and mob violence go hand-in-hand with politics.

The Malay word amuck or amok (rage) is the most famous Malaysian export along with palm oil (praised by Nutella lovers) and rubber (praised by everyone). Amok or to run amok has become a global concept to describe any sudden and ephemeral acts of violence to a killing rage.

In Malaysia, politics have for long run amok, and at a faster rate than the people. The Low Yat Plaza’ craziness which naturally pleases the media and scares Malaysian mothers and tourists is far from being an isolated or irrational phenomenon. It is the symptom of a well-orchestrated system. Between Amok and Politik lays the rationality of Politok.

Politok is a system where the idea of “prejudice” – dividing “us” and “them” is nurtured at every level of society. This rhetoric is widely spread by majoritarian ethno-nationalist organisations and ethno-centric political parties

In Malaysia, the culture of “prejudice”, and all its attached concepts – justice, revenge, resistance, power – is used as justification for political, sociological and economical behaviour from which emerge populist state policies to “uplift” the so-called “prejudiced group”.

The myth of resistance and prejudice has nurtured many young Malaysian Malays. It begins with the teaching of a distorted version of Malaysian history systematically erasing a large part of the country’s multi-ethnic heritage and instilling political propaganda.

Pekida is a “non-profit” and “non-governmental” religious organisation. The organisation and its link to the political sphere were first revealed in August 2014 by the Malaysian press when the police orchestrated the biggest and most mediatised crackdown on gangs ever made in Malaysia. Soon, the alleged links between the ruling party and gangs leaders affiliated to Pekida were discarded but on several occasion UMNO leaders have renewed their support of the organisation.

Disenfranchised youth to connivance militants or entrepreneurs of violence out of job; all the symptoms of a dangerous system. Again the pengamok might not be the one we think. The study of Yak Kon, finally mentions that other suggested causes of amok include: febrile delirium, tuberculosis, syphilis, epilepsy and opium intake.

Meanwhile keep calm and amok on!

In the book titled “Misplaced Democracy: Malaysian Politics and People” released in 2014, political researcher Sophie Lemiere wrote that these non-governmental organisations (NGOs), and Pekida specifically, are “connivance militants” whose discourse and actions serve the interests of the ruling party.

Lemiere explained in the book that connivance militancy is a secret political arrangement by which a formal political actor – be it a political party, a government or a politician – sub-contract actions serving its interests to groups or individuals. These actions may be legal or illegal and can range from advocacy to demonstrations and use of violence.

The book, a compilation of essays by various authors and of which Lemiere is editor, contains a chapter she also wrote titled “Gangsta and Politics in Malaysia”.

In it, she wrote that UMNO's ties to this ethno-nationalist movement are stronger than those of any other party. This is because the ruling party has created the need and has maintained a favourable context for its development.

In the Malaysian context, she said, connivance militants are like the “muscle” and “numbers” a formal political actor may need to face opponents, be it in elections, campaigns, demonstrations or controversies.

Why was she so obsessed to produce a book on Pekida and why not on other gangster-like organisations linked to other political parties? Why didn't she mention anything about Dong Zhong, Gang 8 or other groups.

Why the sudden interest?

Furthermore, she did not conduct any research. Most of the contents was based on hearsay, some that didn't come from UMNO and Pekida but from people who don't have the precise information about it. In other words, she talked to so many opposition leaders and anti-government NGOs.

The book, to WZWH, is a total lies and is meant to give a bad impression about UMNO and Barisan Nasional - that the nation is being led by a group of gangster!. Who sponsors her, WZWH am not certain but some ugly hands are behind her!
at July 15, 2015

Another foreign anti-Malay and anti-Islam cunt bitch sponsored by DAPIGS!

Looks like a cunt who cannot keep her kaypoh chibai in her own country.