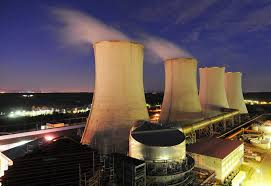 Nuclear power is under serious consideration in over 45 countries which do not currently have it (in a few, consideration is not necessarily at government level).
In Europe: Italy, Albania, Serbia, Portugal, Norway, Poland, Belarus, Estonia, Latvia, Ireland, Turkey.
In the Middle East and North Africa: Iran, Gulf states including UAE, Saudi Arabia & Kuwait, Yemen, Israel, Syria, Jordan, Egypt, Tunisia, Libya, Algeria, Morocco, Sudan.
In west, central and southern Africa: Nigeria, Ghana, Senegal, Kenya, Uganda, Namibia.
In South America: Chile, Ecuador, Venezuela.
In central and southern Asia: Azerbaijan, Georgia, Kazakhstan, Mongolia, Bangladesh, Sri Lanka
In SE Asia: Indonesia, Philippines, Vietnam, Thailand, Malaysia, Singapore, Australia, New Zealand.
In east Asia: North Korea
Despite the large number of these emerging countries, they are not expected to contribute very much to the expansion of nuclear capacity in the foreseeable future – the main growth will come in countries where the technology is already well established. However, in the longer term, the trend to urbanisation in less-developed countries will greatly increase the demand for electricity, and especially that supplied by base-load plants such as nuclear. The pattern of energy demand in these countries will become more like that of Europe, North America and Japan.
Some of the above countries can be classified according to how far their nuclear programs or plans have progressed:
Power reactors under construction: Iran.
Contracts signed, legal and regulatory infrastructure well-developed: UAE, Turkey.
Committed plans, legal and regulatory infrastructure developing: Vietnam, Jordan, Italy.
Well-developed plans but commitment pending: Thailand, Indonesia, Egypt, Kazakhstan, Poland, Belarus, Lithuania.
Developing plans: Saudi Arabia, Israel, Nigeria, Malaysia, Bangladesh, Morocco, Kuwait, Chile, Venezuela.
Discussion as serious policy option: Namibia, Kenya, Mongolia, Philippines, Singapore, Albania, Serbia, Estonia & Latvia, Libya, Algeria, Azerbaijan, Sri Lanka.
Officially not a policy option at present: Australia, New Zealand, Portugal, Norway, Ireland.
A September 2010 report by the International Atomic Energy Agency (IAEA) on International Status and Prospects of Nuclear Power said that some 65 countries without nuclear power plants “are expressing interest in, considering, or actively planning for nuclear power” at present, after a “gap of nearly 15 years” in such interest worldwide. Of these 65 un-named countries, it said that 21 are in Asia/Pacific, 21 in Africa, 12 in Europe (mostly eastern Europe), and 11 in Latin America. However, of the 65 interested countries, 31 are not currently planning to build reactors, and 17 of those 31 have grids of less than 5 GW, “too small to accommodate most of the reactor designs on offer.” The report added that technology options may also be limited for countries whose grids are between 5 GW and 10 GW.
Malaysia
Malaysia produced 91.6 billion kWh gross in 2006, 64% of this from gas, 25% from coal, 8% from hydro. It has about 24 GWe of capacity, a 55% increase over two years to 2005. Government policy is to reduce reliance on natural gas by building coal-fired capacity. It is noteworthy that Singapore has about 12 GWe of (mostly gas) capacity, and any Malaysian project could be related also to that market.
A comprehensive energy policy study has been undertaken and in June 2009 the government decided formally to consider nuclear power. A Nuclear Power Development Steering Committee was set up, to plan and coordinate the nuclear power development program through three working groups. Late 2013 was set as target date for the steering committee's Nuclear Power Infrastructure Development Plan (NPIDP), at which point the government will decide whether to proceed. In May 2010 the Energy Minister said that nuclear power was the only viable energy option long-term. Under the NP Steering Committee are three bodies: Nuclear Power Program Working Group under the Malaysian Nuclear Energy Agency (MNA), the Nuclear Power Project Working Group under the utility Tenaga Nasional Berhad (TNB), and a Legal and Regulatory Coordination Working Committee involving the Atomic Energy Licensing Board (AELB) and the Energy Commission.
Prior to all this, in August 2006 the Malaysian Nuclear Licensing Board said that plans for nuclear power after 2020 should be brought forward and two reactors built much sooner. In July 2008 the government directed TNB to set up a task force to look at the feasibility of nuclear power. In September the government announced that it had no option but to commission nuclear power due to high fossil fuel prices, and set 2023 as target date. It then sent a draft energy policy blueprint back to the Energy Commission as it was not comprehensive enough.
As of early 2010 the government had a $7 billion budget to build a nuclear power plant, and in May the Ministry of Energy, Green Technology and Water was told to find a suitable site so that the first unit could be in operation by 2021. The next step is the appointment of consultants to prepare a feasibility study by late 2013, along with developing the regulatory framework, the soft infrastructure, and winning public support.
In May 2010 the chairman of the Malaysian Nature Society recommended that the state of Sabah consider nuclear energy as an alternative to coal.
The Malaysian Institute for Nuclear Technology Research has operated a 1 MW Triga research reactor since 1982. In April 2007 MINT was renamed the Malaysian Nuclear Agency (or Nuclear Malaysia) to reflect its role in promoting the peaceful uses of atomic energy.
Malaysia's safeguards agreement with the IAEA under the NPT entered force in 1972 and it has signed but not ratified the Additional Protocol. For some years Malaysia was a unregulated transhipment point for nuclear technology smuggling by Iran, Pakistan and North Korea, but in April 2010 it adopted an export control law to thwart this activity.
at October 28, 2010