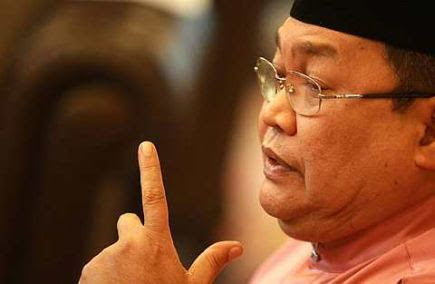 This is a crucial ideological difference between PKR/PAS on the one side and DAP the other. One consequence is that DAP today refuses to take up a collective Chinese interest in the belief, perversely, this will cost it the Malay vote even though MCA gets the Malay vote all the time.

The DAP standpoint then is as un-Chinese as it gets because the Malay polity, like the Chinese harmonious state concept, still expects, indeed demands, the fusion of collective and individual interests. Thus, at the core of Pakatan – and this includes the westernized elements in PKR/PAS – is a likely deterrent for continued support of its parties if it is ‘equality’ the parties seek.

The MCA-Umno relationship is that MCA’s share of power inside the BN coalition is ultimately beholden to the Malay vote so that, in a paradoxical outcome, the more the Malay gives it their support, the greater the chance of MCA’s survival.

MCA (and Gerakan) lost the Chinese-predominant seats in Penang, Selangor, Kuala Lumpur and Perak to DAP in the last general election. But the next DAP-MCA battlegrounds will be in Johor, Pahang and the smaller states where MCA wards are mixed ethnic constituencies with roughly even proportions of Chinese and Malay numbers.

These will test two strategies ongoing in DAP: (a) making it amenable to Islam and the Malays, and (b) forsaking the collective Chinese (or Indian) interest in the name of Malaysian First. (DAP succeeding or failing doesn’t depend on PAS or PKR since neither claims Malay ethnic-only interest.)

The Malay vote is interchangeable between Umno and PAS; it doesn’t cross the race line. When the fractured Malay vote of 1999 reconsolidated and went back to Umno five years later in the 2004 general elections, the biggest loser was PAS, not PKR. Hence, when Umno politicians speak of Malay unity above all else, this is what they mean – all Malay votes to any genuine Malay

DAP is ossified because of this also. The party cannot attain influence beyond the numbers of Chinese, a relatively shrinking population. Add to this is the buttressing of the Malay position with more babies, human recruitment from the Philippines and Indonesia, gerrymandering and other electoral arrangements.

While a Malay portion, greater than the usual, did pull away from the Umno centre in March 2008, it was the Chinese gravitating towards a single party, DAP, that has made possible a two-coalition parliament. If Pakatan, although still missing the Sabah and Sarawak components, is say, all Malay, it would be meaningless.

The Chinese vote coming together in another centre, a single party, rather than splitting three ways can only mean race politics has arrived in peak form and not as consequence of any new awakening in ‘beyond race politics’ that quasi-literate Pakatan politicians and columnists have falsely labeled March 2008.

Sino-Malay relations are as a result today located in and conducted out of two opposite centres. But DAP for varied reasons, the Putrajaya crown in particular, pretends there is no such a thing as collective Chinese (or Indian) interest and so betrays its electorate.

That’s an opportunity missed. So the theory of a breakthrough in the race politics logjam is precisely where it stands – a jam